Many people come to me seeking legal services but are frightened by the cost. This is understandable. However, the cost of a lawyer has to be weighed against the potential risk and cost that could be incurred if you proceed without having a lawyer, or not using the lawyer’s knowledge and skill when you should. Everyone wants to save money.  The question is how best to do so. 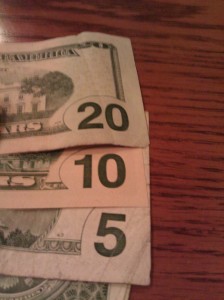 We All Want to Save Money

For example, in a recent case  my client wanted to save money by hiring me to only serve in a “consulting role”. He was scheduled to go to a mediation to try to work out a settlement with his spouse, who was represented by an attorney. The mediator was also an attorney. I recommended that I attend the mediation with him. He chose not to do that because it would be too expensive. I then offered to be available to him  by telephone during the latter part of the mediation in case he had questions or wanted  to have me review an agreement before he signed it.  He accepted the second suggestion because he thought it would save him money.

As it turned out, he went ahead and signed the mediation agreement before giving me a chance to review the documents. Sadly, he had assumed that child-support would be calculated and adjusted using a residential credit deviation authorized by RCW 26.19.075(1)(d) that had been proposed by the opposing party. That provision was not in the final documents. When he provided me the final documents for review, after the fact, I pointed  out that the residential credit he was describing to me did not appear in the final  Agreement. As a result, he was obligated to pay $75,000 in a prepayment of child support arrangement, where he would have only had to pay approximately $35,000 if the residential credit had been properly included and applied.  Thus, he saved a couple thousand dollars in attorneys fees, but lost $40,000 of value as a result.