Cases: Stories of Lives and Lawyers 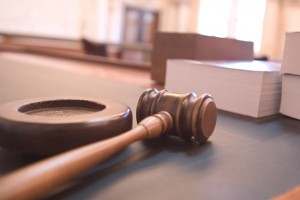 We have helped people in more than one thousand cases. We would like the opportunity to help you. Below are summaries of some of the cases where we have helped other people, organized by the type of case.

We hope these examples can demonstrate the many ways our assistance can make a significant difference in a client’s life, and in the outcome of their legal situation.

Sometimes our legal problems can feel overwhelming, and it is easy to lose hope that anyone can help sort it out. We can help you find your way through stressful legal issues; contact us to see how much of a difference we can make.

Bear in mind that the outcome of every case is unique and the results obtained in any of these cases may not be the same result in your case, even if the facts sound similar.

From Good to Bad to Worse to Get Better

Posted by pruitthammlaw on 6:15 am in Cases | 0 comments

In this case, my client first came in while her life was generally good.  She wanted to get help drafting a post-nuptial property agreement with her spouse. Because she owned the house they were both residing in my client wanted to be clear about how their interests should be apportioned in case of separation.  This is an increasingly common dilemma for couples, with an increasing number of couples getting married later in life, after one or both spouses have acquired real estate on their own. A few years later her situation had gone bad.  My...

Lose my Job or Hire a Lawyer?

Posted by pruitthammlaw on 5:08 am in Cases | 0 comments

People are naturally reluctant to hire attorneys.  Lawyers are generally not inexpensive.  However, there are times when the stakes are high enough that to fail to do so is “penny-wise and pound foolish”.  In this case, our client was accused of an act of “financial abuse” under the Vulnerable Adult Protection statute, based on a misunderstanding with her aged mother about borrowing money.  She put the money back after her mother clarified the situation; but APS had already been called.  My client was a nurse and if...

Posted by pruitthammlaw on 4:41 am in Cases | 0 comments

My client was the father of a young child. After telling his wife that he intended to file for a divorce and wanted to use the Collaborative Law process of RCW 7.77, she secretly took the child and moved to another state, where she promptly filed for divorce. We acted quickly and were successful in moving the divorce/custody case back to Washington State and getting the court to order the return of the child to the father.  Ultimately, our client, the father, after spending over $40,000 and months of time in litigation, obtained a final...

Posted by pruitthammlaw on 10:46 pm in Cases | 0 comments

Many people come to me seeking legal services but are frightened by the cost. This is understandable. However, the cost of a lawyer has to be weighed against the potential risk and cost that could be incurred if you proceed without having a lawyer, or not using the lawyer’s knowledge and skill when you should. Everyone wants to save money.  The question is how best to do so. For example, in a recent case  my client wanted to save money by hiring me to only serve in a “consulting role”. He was scheduled to go to a mediation...

Posted by pruitthammlaw on 4:29 pm in Cases | 0 comments

Suddenly, without prior notice, our client lost his job, his house and his car. In this case our client had been separated from his prior girlfriend for many months when, seemingly out of the blue, she filed a petition for a domestic violence protection order (DVPO) and obtained a temporary protection order without any notice to him.  Amazingly, the temporary order not only prohibited our client from contacting his former girlfriend (which he didn’t want to do anyway), but ordered him to vacate his home and give her possession and use...

Posted by pruitthammlaw on 5:59 pm in Cases | 0 comments

RCW 10.14, Washington’s Anti-Harassment statute, is intended to protect people from unwanted, unreasonable and unjustified contact.  However, the statute specifically excludes “constitutionally protected free speech” from being the type of conduct that can subject one to a claim of anti-harassment.  In this case, my client was engaging in free speech, but still got served with a petition alleging she had engaged in unlawful harassment.  Washington is one of a few states that have enacted an “anti-SLAPP” statute....

Posted by pruitthammlaw on 2:56 am in Cases | 0 comments

The call came in 2 days before the Sheriff was scheduled to show up on their doorstep and forcefully remove them and their belongings.  They had already been to court and tried to explain everything to the judge.  But they didn’t know the law…and it was now right down  to the wire.  I advised that I could try to help, but the odds were against them at such a late stage in the legal proceedings.  I might be able to delay their eviction if the landlord had failed to follow proper procedures, but it was unlikely I could stop the...

Posted by pruitthammlaw on 12:49 am in Cases | 0 comments

The biological mother had more than 5 children removed from her custody and she  knew this child would be too.  She didn’t even know who the father was.  And her good friend was willing to adopt the child before the child was even born.  But Mom was on the East Coast and the adoptive parents in Stevens County.  This meant the Interstate Compact on the Placement of Children (RCW 26.34) would apply, as well as the “normal” rules associated with adoptions and terminating or relinquishing parental rights that are found in RCW...

Posted by pruitthammlaw on 4:24 am in Cases | 0 comments

Some mediation is complex, involving multiple parties and complicated issues or dynamics requiring specialized techniques.  In this case we conducted a mediation between a government agency and a private business that involved significant expenditure of capital and long-range planning mixed with complicated regulations and budgeting issues.  Representatives from different parts of each organization met for a day in Colville and began grappling with these issues, using our assistance as a facilitator/mediator.  With more than a dozen people in...

Posted by pruitthammlaw on 4:18 am in Cases | 0 comments

Sometimes asking for an attorney to intervene in a dispute, even for a simple phone call or letter, can help produce results that have been frustratingly elusive previously.  In this case, our client had made an application to the county for a permit to install power to the home he was building.  Our client felt like he was getting the runaround and in frustration called our office for assistance.  We made the proverbial “one phone call” and our client received his permit within the week.  Perhaps the intervention of an attorney...